Here’s a statistical analysis of the Vancouver Real Estate Market for January, 2018.

The number that is more interesting to note is the number of detached sales in January.  There was only 46.  This followed the dismal number of just 36 sales in December of 2017 which was a 10-year low record.

The significance of this 46 sales is that the 10 year average for January is 91.  This statistic includes the record year of 2016 when 134 detached homes sold, a 291% difference.

Increasingly, there is a growing gap between the number of sales and the inventory.  As of January 31, 2018 there was a 13-month inventory which firmly puts the Vancouver Property Market in the category of it being a buyer’s market.

Further increasing the challenge is that buyers now must qualify under the January 1, 2018 federally-mandated stress test.  This allows bankers to demand that the borrowers must qualify at a 2% higher rate.  Therefore, the borrower must qualify at 5.49% for this $3,121,436 mortgage.  Thus, the buyer would need to show an income substantially higher at over $750,000.00 per annum.

Further causing a challenge in the Vancouver Property Market is the recently added August 1, 2016 fifteen percent added property purchase price for foreign buyers.  The effects of this tax implementation is still being felt on the Westside detached market.

The ramifications of this increased relative affordability is evident in the completely different numbers from the Real Estate Board of Greater Vancouver.

As of January 31, 2018, there were 568 apartments for sale, a decrease of 16% from the 677 that were available one year prior. Of real concern is the lack of inventory relative to the 10-year average. During the past 10 years, there was an average of 1287 apartments for sale on the Westside. This is certainly a major difference from just 568!

The decreased inventory can partially be explained by the sheer numbers of apartments selling. In January 2018, 243 apartments sold, an increase from the 211 which sold in January 2017.

The strength in the market is reflected in the inventory relative to the sales. At the end of January 2018, there was a miniscule 2.3 month inventory versus the 13-month inventory for homes.

This strength in the apartment market is evident in the dramatic increase in price escalation in the past year. As mentioned, the average sale price at the end of January 2018 was $1,198,693, a phenomenal 41% higher than the $845,246 average price from a mere 12 months earlier.

As a 30-year veteran in the Real Estate Industry, I am frequently asked where the market is going. I recall well the heady days of 2007 when the market was on fire. No economists, futurists, pundits, experts or tea leaf readers predicted the crash.

Nobody really knows…just educated guesses. My prediction would be that in 10 years the prices will be higher than they are today. The prices may well decline in the short term but in the long term, they will increase. As long as we have the best weather in Canada, skiing and boating in our backyard, low crime, and a healthy environment, people from all over Canada and the world will come to purchase in my hometown with its abundant bikelanes!

For additional commentary on the Vancouver Property Market, read Home Buyer Demand Depends on Property Type from the Real Estate Board of Greater Vancouver. 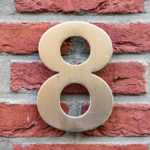 The Fate of Eights