The number eight has a great deal of significance in the Vancouver Real Estate Market as the Wall Street Journal noted in an article on January 25, 2018. The number eight sounds like the word “prosperity” in Cantonese. Further to this, the year “2018”, when spoken out loud in Cantonese, sounds like the phrase “I want to be very wealthy”. In Mandarin Chinese, the pronunciation of “eight” is close to the phrase meaning “to make a fortune”. The number 8 is also uniquely symmetric, and when laid on its side, resembles the Greek symbol for infinity.

The significance of the number 8 was confirmed by the Chinese Government during the Summer Olympic Games. It was no coincidence that the games were held in 2008 and the opening ceremonies began on the eighth of August (08/08/08). And the time of the opening ceremonies? Precisely 8 minutes and 8 seconds past 8 PM local time!

In my analysis of the number 8, I looked at the 612 homes on the Westside market as of January 26, 2018. Of these, 25 had one 8 in the asking price, 213 had an 8 before the last three digits (i.e. $2,398,000) and 198 had 2 or more 8’s in the asking price. These sellers could certainly be influenced by a study conducted by Nicole Fortin, a professor at UBC’s Economics Department. Her team analyzed 117,000 home sales in Vancouver between 2000-2005. Her discovery? Her team found that house addresses ending in four (which sounds like death) were sold at a 2.2% discount, while those ending their address with an eight sold at a 2.5% premium.

The desirability of eights in real estate prices is not unique to Vancouver. According to U.S. based realtor.com, there are 178 homes priced at either $888,888 or $8,888,888. These homes are concentrated in New York City (34), San Francisco (25) and San Jose (23). These cities are among the top markets viewed by Chinese buyers. This statistic was published by Juwai.com, a website for Chinese people searching for homes around the world.

At one time, I ran an ad on Craigslist for a concert ticket I wanted to sell. My contact was my phone number. I received a call from an excited buyer. Unfortunately, he was not interested in purchasing my ticket. Rather, he wanted to purchase my very lucky phone number: 604-315-8888. An article published in the Globe and Mail describes the owner of a lucky phone number in Richmond. She was offered $2,000 for it but was looking for $10,000. That may seem a lot but in 2003, Sichuan Airlines in China bought its eight-filled customer hotline at a government auction for $288,000 US. Airlines love 8’s and it is no surprise that one of Cathay Pacific’s most popular flights is Flight 888 which originates in Hong Kong and stops in Vancouver prior to concluding in New York.

Planning to have a lucky marriage? It might be too late to book your wedding venue as in Vancouver, they are all booked out on the most auspicious day of them all: August 18, 2018 or 08/18/2018! 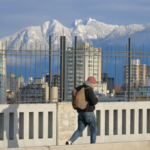 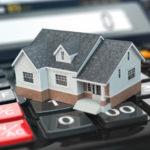 Lorne Goldman Reviews: The BC Budget and You