According to our real estate panel, yes—the northwestern tip of the West End, or West of Denman as it’s generally called. “The market from an economic standpoint is not 100 percent efficient,” explains realtor Lorne Goldman. Meaning hot areas sometimes distract buyers from cool opportunities. Marketer Bob Rennie puts it succinctly: “It seems like everyone just forgot about it.”

DID YOU SAY “SHAUGHNESSY?

“Consider two properties spotted on the real estate listings in early February. At 4776 West Fourth Avenue is a 3,900-square-foot older home in good condition with many upgrades. Although it sits on a spacious lot, it’s on a fairly busy street so the asking price is a “mere” $1.88 million. Over in Shaughnessy, the attractive home at 1408 33rd Avenue contains 4,400 square feet on a smaller but still generous lot and has at least as many features, including a swimming pool. It’s on an equally busy street, with an asking price of $1.29 million—a number that these days might well be considered “affordable.”

With comparisons like these, it’s no wonder our panel agreed that one of the first places they’d look for a bargain is, of all places, Shaughnessy. “Some of the Shaughnessy stuff is just ridiculous,” says realtor Lorne Goldman, who recalls trying to sell a house on stately Angus Street last year even as buyers lined up to pay almost as much for lesser homes on much smaller lots across Oak Street in midmarket Douglas Park. 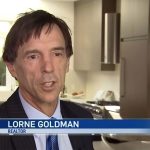