“Any time there’s a reduction in demand, that isn’t great for the real estate market,” said realtor Lorne Goldman.

But Goldman said he doesn’t expect fewer high-end home buyers will mean much for the city’s real estate market.

“This is a blip and Vancouver will get over it. It’s still a great place to live and people will still want to come here,” he said. “There might be a slight slowdown in the super high end of the market for a few months until it sorts itself out.”

According to the government, the program just wasn’t working.

“Research shows that immigrant investors pay less in taxes than other economic immigrants, are less likely to stay in Canada over the medium-to-long term and often lack the skills, including official language proficiency, to integrate as well as other immigrants from the same countries,” Citizenship and Immigrant Canada said in a statement.

But some are still concerned about what the move will mean for them.

Calvin Ng of Calvin and Collin Construction said that 70 per cent of his clients are Chinese investors, while the other 30 per cent are local.

“Of course, [it’s] not good for construction. Not only for us,” he said. “I’m just concerned for housing market.” 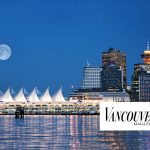 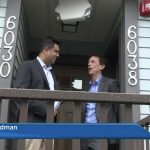