Ever wondered what the South Granville and Fairview neighbourhood looked like 100 years ago? Here’s a little history complete with fascinating photos acquired from the City of Vancouver Archives and Vancouver Public Library.


South Granville began as a place where Vancouverites and visitors camped out in, rowing across the river to vacation in tents amidst the wilderness. After the official founding of Vancouver in 1886, the building of the Granville Street bridge commenced in 1889 (with expansions in 1909 and its current incarnation in 1954) which changed everything. The following year the Canadian Pacific Railway (CPR) gave land to the Vancouver Tramway Company which put tracks all the way to 9th Avenue (renamed Broadway after its New York namesake). In 1902, the Vancouver Tourism Board was established which began attracting entrepreneurial types from real estate brokers, insurance salesmen and the aforementioned CPR members who looked to grow and prosper in the quickly expanding area. In 1907, Centre Street was renamed Granville Street and the Douglas Lodge opened as the Bank of Commerce (which still stands today at Granville & 12th as heritage apartments whose residents have included John Candy and architect Arthur Erickson).

Shaughnessy Heights was in the planning stages with government insiders buying up lots for $50 each. The area was named after Sir Thomas Shaughnessy, the president of the CPR (which owned the land) though its development is credited to Richard Marpole, CPR’s general executive assistant. Vancouver’s population jumped from 27,000 in 1901 to 70,000 in 1907!

You will find several minutes of glorious footage (discovered in an abandoned building in Sydney, Australia). Using an railway tram, he rigged a camera to it and filmed its trip down Granville and Hastings, continuing on Westminster Avenue (now Main Street) and Carrall, Powell, Cordova and Cambie, Robson and Davie. Harbeck was a Seattle film-maker who perished just 5 years later shooting the maiden voyage of Titanic. There’s another fascinating video that superimposes 1990’s Vancouver with 1930’s Vancouver. Check it out!

First Shaughnessy residents had access to the Arbutus Street BC Electric Railway line and shopped in the developing South Granville area. Until 1922, people drove on Granville Street on the left side. Galleries, theatres and dancehalls began to give the area cultural significance and the famous Stanley, which opened in 1930, became a fixture which still stands today. Built with an art deco exterior and neo-classical interior, its first film was a Lillian Gish talkie and admission ranged from 10 to 40 cents. While the Stanley was sold to Famous Players in 1941 and then closed in 1991, it re-opened in 1997 with $5.8 million in renovations, largely to its original state, thanks to dedicated citizens and investors.

South Granville has seen much development and growth in the last century and continues to be one of Vancouver’s most sought-after neighbourhoods for buyers and renters alike. 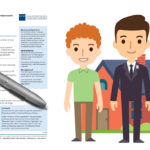 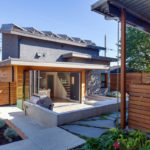