As housing prices continue to rise and mortgage requirements continue to challenge would-be buyers, the term shadow lending (or shadow banking) seeps into the discussion about how to buy. Shadow lending is any private lender that is not a bank. Postmedia analyzed BC civil court filings and identified that these lenders could be anything from mortgage investment corporations, hedge funds, private lenders, crowdfunding companies, real estate lawyers and mortgage brokers. With these alternative solutions on the rise, the Canada Mortgage and Housing Corporation (CMHC) is concerned that debt isn’t being monitored properly which could lead to some level of financial instability.

The Bank of Canada reports that shadow lending accounts for $1.1 trillion of debt and while that is only half of the traditional bank level of lending, tightening mortgage restrictions are continuing to send buyers looking for alternatives. With January 2018’s impending stress test for uninsured mortgage borrowers (which was meant to reign in personal debt), shadow lending will be an upward trend.

Critics warn of the vulnerabilities in such lending from loose lending standards, mortgage fraud, money laundering, and collateral that is overly leveraged (also called re-hypothecated) — meaning debt backed by property assets is used over and over again by related lenders to issue more home loans, in ever riskier chains of debt. Unregulated lenders may only account for 5% of mortgages but the system of checks has clearly drawn the attention of CMHC to start building their precautions. They are currently in a nearly 5-month survey collection period of non-federally regulated mortgage lenders for both residential and non-residential.

The Bank of Canada’s focus on shadow banking generated a December 2016 report and its connection to Canada’s financial system vulnerability since such banking is not prudentially regulated. While the report states that this lending does not pose large vulnerabilities to the current system—due to “the limited degree of liquidity and maturity mismatch as well as low leverage in most parts of the sector”—CMHC, however, wants more data today on the issue so they can assess if changes are needed to their rules. Their chief executive officer stated that “we have a responsibility to isolate sound, solvent institutions from the contagion that can erupt when a lender fails.” He went on to cite that risk factors for low ratio mortgages are increasing (low-ratio meaning the down payment must be at least 20% of the purchase price). The continuing concern draws from the statistic that 27% of Canadian borrowers who took out low-ratio mortgage in 2016 had a loan-to-income ratio higher than 450%, up from 19% in 2014.

Part of CMHC’s concerns were spawned by the non-bank lender, Home Capital Group Inc., whose near-collapse this year saw their investors suffer huge losses as the company’s shares lost over 60% of their value after the banking regulator found out that the company didn’t disclose the scale of mortgage brokers’ fraud, accusing the lender of misleading shareholders about falsified mortgage applications. Home Capital later settled with the. They’ve had trouble wooing back customers since and CMHC has felt the need to keep an eye on the stability of the housing market.

Why Home Capital Group Inc.’s “No” to Warren Buffett’s Money Is Good News

Disclaimer: You should always obtain proper professional advice if you are considering purchasing or selling residential real estate in Vancouver. The opinions expressed on my blog are entirely my own. You assume full responsibility for the use of information provided here. The information presented is subject to change and may not always be accurate due to changing market conditions or source reporting. The information should not be relied upon as legal or financial advice. I disclaim liability for any damages or losses, direct or indirect, that may result from use of or reliance on information contained in the blog. 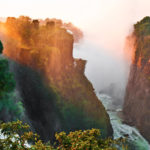