The headline in Vancouver Sun January 3, 2018 reads, “Value Hikes Enter the Strata-sphere”. This article pertains to the new property assessments produced by BC Assessment. This provincial government office was established in 1974 and currently employs 747 people to develop and maintain real property assessments throughout British Columbia.

Of interest is the question of its accuracy. How can 747 people determine the value of 2,044,482 properties in an accurate manner? Clearly to determine the value of each home an inspector would need to enter each home and find out information such as if the kitchen was renovated or whether, in the case of Vancouver, there may be an illegal basement suite. Thus assumptions are made and general averaging is done. Thus the BC Assessment is a general indication of value.

Unfortunately some buyers and sellers utilize it as being fool proof. In my experience, if the value is artificially low the buyer will want to use it as justification of a low offer. Conversely, if it is higher than current market value, sellers will want to emphasize the higher than market BC Assessment value.

Of particular note is the timeliness of the BC Assessment. Previously the assessment was completed every two years. As of late, the assessments are being done annually and provide a more accurate value.

The assessments which were just received during the first week of January this year are based on the value as of July 1, 2017. Particularly confounding is that on August 1, 2017, the BC government enacted a 15% foreign buyers tax. This measure caused a significant decrease in demand, particularly in the Westside of Vancouver. Prices dropped by 10% in a manner of months and vendors in September 2017 were in no way able to obtain offers at the same price they might have received on July 30, 2017.

Please note this is not an opinion but based on my personal experience. Statistics bear this out. July of 2016 showed 74 detached sales on the Westside. In August of 2017, after the tax was imposed, sales dropped to 52 sales. One can easily compare this to other August sales in the past 9 years. The average number of sales for August from 2008-2017 was 111 sales, yet August 2017 had a paltry 52. Just two years previous, in 2015, 148 homes sold, almost three times as many.

With decreased demand it only falls suit that prices can be impacted downward. This was reflected in the Real Estate Board of Greater Vancouver’s annual summation of Westside of Vancouver’s detached sales. The average price for 2017 of a detached home decreased by 6% from $3,740,823 to $3,505,369.

This decrease can particularly be explained by the negative implication of the foreign buyer’s tax. This is based on the assumption that detached homes on the Westside are impacted from the demand by foreign purchasers. In the event that foreign buyers were not purchasing Vancouver West detached homes, local buyers would pick up the slack. This did not happen! It is safe to assume very few local buyers could qualify for a mortgage based on a purchase price of the newly decreased value of $3,505,369.

Of note contrasting this is the statistical analysis of Westside condominiums. The average price of a Westside apartment as of December 2017 was $939,365. Contrary to house prices, the average sale price of a Westside apartment in 2016 was $854,571. Thus apartment prices increased by 12% during the calendar year 2017 while mentioned, house prices declined by 6%. The majority of analysts would attribute this discrepancy to one word, affordability. This point was highlighted by David Ley, geography professor at U.B.C. in his speech at the UBCM convention held September 24, 2017. According to the Vancouver Sun he stated that “We are in an absolute bizarre situation here, Ley said, presenting 2017 data from U.S. consultancy Demographia that showed detached homes in Vancouver cost 11.8 times median incomes. A ratio of three times the income is deemed as affordable. Andy Yan, director of Simon Fraser University’s city program elaborated in the same article when he stated “ Where does Vancouver sit? Its (housing) values are between Honolulu and San Francisco at Halifax incomes.”

Thus the experts agree that affordability is of key importance. It is certainly no stretch to conclude that Westside apartments with an average price of $939,365 in December 2017 are significantly more affordable than a similarly located Westside detached home at $3,505,369 (down 6% in the past year from $3,740,823). 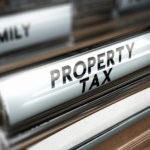 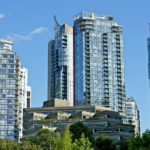 5 Things To Know When Buying A Condo in Vancouver