In Vancouver, Canada, a new tax on non-Canadians in the real-estate market is having an outsize effect on the city’s most expensive properties.

Luxury sales plunged 57.5% in September compared with July, before the law was introduced. Only 62 homes in the priciest 5% of the market—corresponding to sale prices over 3 million Canadian dollars, or about $2.27 million—sold that month, according to data from the Real Estate Board of Greater Vancouver. Comparatively, homes sold at all price points in September fell 30.2% from July.

The province of British Columbia imposed the 15% property-transfer tax on Aug. 2 in an effort to reduce foreign investment in Vancouver’s feverish housing market and boost sales to local buyers. The tax applies to all sales in greater Vancouver where the buyer isn’t a Canadian citizen or resident. Non-Canadians tend to buy pricier properties than do locals, leading to the sharper drop in high-end home sales.

Because the move was announced only a week before it took effect, and covered existing contracts, buyers with signed deals scrambled to close, said Brad Henderson, president and CEO of Vancouver-based Sotheby’s International Realty Canada. About 10.9% of all metro Vancouver sales between June 10 and Aug. 1 were registered on July 29, including 39.4% of the deals involving foreign nationals during that period, according to provincial data.

Sales involving foreign buyers represent only a fraction of the market: 13.2% of sales in metro Vancouver between June 10 and Aug. 1, the provincial figures show.

Lorne Goldman, an agent with Vancouver-based MacDonald Realty, however, said six months ago, he could expect 10 offers on a home within a week of going to market; now, he might receive one or two.

It is too soon to tell what real impact the tax is having on the market, said Jamie Edwardson, a spokesman for the British Columbia Ministry of Finance.

For now, prices are largely unchanged. The median sale price of a luxury home was $2.97 million in September, down a hair from July’s $2.98 million, the real-estate board data show. 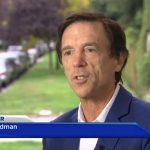 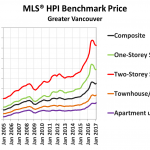